Email Updates Register to receive daily court lists by email soon after they are published. Subscribe Future Listings Find hearing dates & times for all current matters in the FCA and FCC. Go to Federal Law Search
Library Annual Reports SeminarsPapers of seminars & other events held in the Federal Court
Judges' Speeches and Papers Current and former judges, including Welcome and Farewell ceremonies Videos GlossaryGlossary of legal terms
Judgments About the judgments collection, including FAQs
I am a Party -
Information for Litigants
Jury Service
I am a Practitioner I am a witness I have been Subpoenaed
Guides
Online Services
About Us

The Federal Court has collaborated with the judiciary in Niue since 2005 on a number of areas including case management and court-annexed mediation. In addition, the Court was involved in training on judicial conduct, training-of-trainers and the development of a Benchbook as part of the Pacific Judicial Development Programme (PJDP), funded by the New Zealand Ministry of Foreign Affairs and Trade (MFAT).

During 2014-15 several workshops were held under PJDP such as the Family Violence and Youth Justice Workshop, which focused on giving enhanced access and rights to victims of family violence, and the Commissioners and Justices’ of the Peace of the High Court of Niue Workshop, which supported them in dealing with priority aspects of their judicial roles. 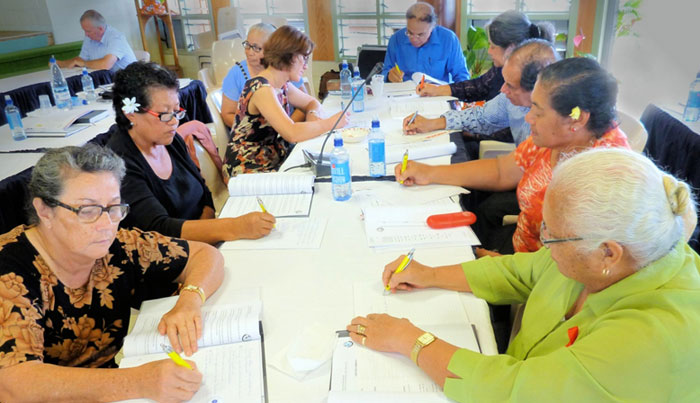 Participants at the Family Violence and Youth Workshop, December 2014