Activities in the Cook Islands

The Federal Court has worked with its judicial colleagues in the Cook Islands since 2005 as part of the Interim Regional Judicial Development Program, funded jointly by NZAID and AusAID, and the Pacific Judicial Development Programme, funded by the New Zealand Ministry of Foreign Affairs and Trade (MFAT). A number of workshops have been held in the Cook Islands under these programs, including the Family Violence and Youth Justice Workshops in 2014-15. These workshops brought together representatives from the judiciary, court administration, government organisations, civil society groups and NGOs to reflect on family violence and youth justice in the Pacific and Cook Islands’ contexts, consider best practice approaches within the constraints of present law and contemplate potential changes to legislation. 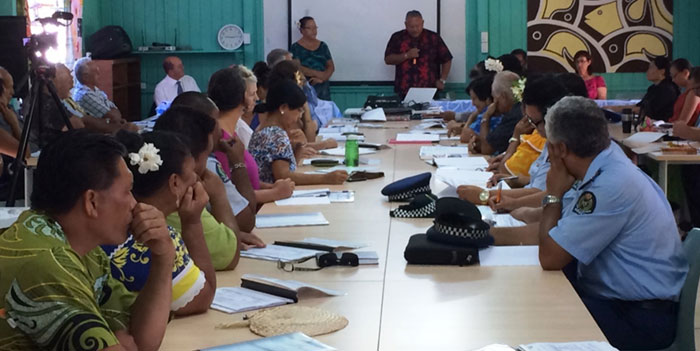